ABOVE: Cast and Crew of SECRET AT WOODSIDE.

BELOW: Set of John King's office. 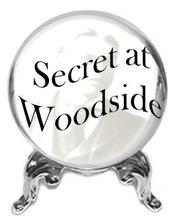 Thank you for your respectful portrayal of the historical figures. In today's world, too often, we like to pull down the figures from the past. The young Mackenzie King was handled with in a fashion that Mackenzie King himself would have been proud to have seen.
Robert Roe, CRM Advisor, SWOFU  Woodside National Historic Site of Canada
Parks Canada / Government of Canada

The community of Waterloo Region greatly benefited from the creative storytelling of Stephen W. Young, the skilled performances by the cast of “Secret at Woodside”, and the opportunity to learn more about the life and times of Canada’s 10th Prime Minister, William Lyon Mackenzie King.
Kate Macpherson, Director of Marketing & Fundraising, Homer Watson Gallery 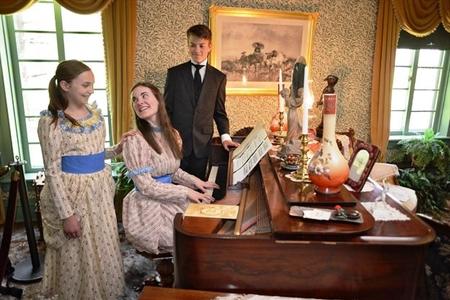 ​Photo by The Record. Special thanks to Parks Canada.

"Secret at Woodside" was performed at the KWMP Arts Centre, 14 Shaftsbury Drive in Kitchener.
Note: access is on side street Ebydale Drive.
FREE PARKING on site.

Taking place in 1891 Berlin, Ontario, "Secret At Woodside" celebrates Canada's 150th with an intriguing tale of of someone who vanishes during a social evening at Woodside, the home of John and Isabel King. With the help of 16 year old Mackenzie King, Detective Dickson follows the clues like a Victorian cobweb party until the last puzzle piece falls into place.​ 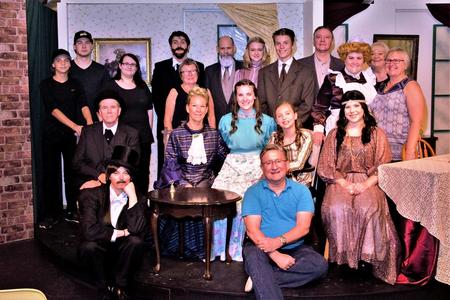 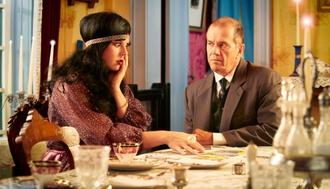 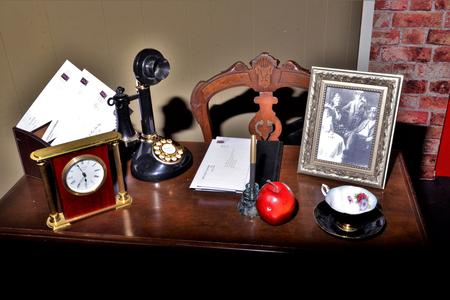 Watch SECRET AT WOODSIDE on this archive video of the play using theatre lighting and sound and not using proper tech for video purposes.

Mackenzie King always pointed to his boyhood experience in Berlin, Ontario and life at Woodside as where the foundation for his future as Prime Minister was formed. Growing up with Germans and Mennonites had a profound effect on his ability to address Canada’s multi-cultural differences in a time when the Great Depression and World War II had torn away at its very fabric.

Yet, very little has been told about these formative years.

Through the magic and visual impact of live theatre, “Secret at Woodside” will bring King’s beloved Woodside to life including the social niceties of Victorian times, the family’s exposure to the cultures and religions around them, friendships with such notables as Dr. D.S. Bowlby and Homer Watson, and yes, the fashionable mystique of fortune telling and séances.

​Based on extensive research, the audience will meet John and Isabel King as well as Willie and his sisters, Bella and Jennie. It will all be entwined with a disappearance into thin air and the delightful deductions of Berlin’s own, Detective Dickson. It’s the perfect formula for history aficionados and theatre goers alike. This is a first for Waterloo Region and a fitting tribute to the boy who became Prime Minister.  Approx run time incl intermission is 2 hours.