Beacon Rug is a comedy where pranks are pulled, lessons are learned, and all is not what it seems. From ethnic misunderstandings to dire consequences, this two-act play is a prime example of how actions can speak louder than words and have unintended results.

​There’s Trick - the master of practical jokes who doesn’t know when to stop, Bernard – a bonafide Beacon  who’s a little too perfect in his ways, Ana – the mail deliverer whose ideas about falling in love are recipes for mayhem, Eddie – the ever smiling rug cleaner who lives in a world of his own and never speaks, Rissa – the potential girlfriend who quickly learns that romance isn’t all fun and games, Wayne – the new guy who finds himself in the middle of something he can’t avoid, Guenther – the no nonsense owner of Beacon Rug who has no time or patience for mischief, and Mrs. Brydges – Beacon Rug’s best customer who mistakenly thinks she’s dealing with the man at the top. From start to finish, the play features wall-to-wall laughs for all ages.
Writers Guild of Canada #S17-02980

​Gillian Gibson places her music above all else and seemingly, against all odds.  Her high school music teacher looks down on it, her father totally disapproves of it, and her boyfriend is more interested in fast times and even faster cars. Backed by Jenny, her zany but ever loyal friend, mentored by Angel, a local singer and band leader, and encouraged by Ivy, owner of the Blue Heron Café, Gillian befriends a down-on-his-luck handyman who has similar musical interests. Little does she know that he’s the one person who can help her get to where she dreams of going. From tender moments to dramatic confrontations, you’ll laugh, you’ll cry, and you’ll feel the power of friendship, loyalty, and perseverance in a world that's quick to gossip and judge. 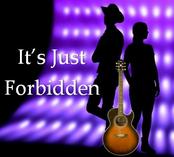 Promotional photography for all plays
​by Langen Studios, Waterloo.