Performed to three sell out audiences and two 3/4 houses.
THANKS TO ALL who supported IT'S JUST FORBIDDEN.

PRODUCTION SPONSORS with thanks! 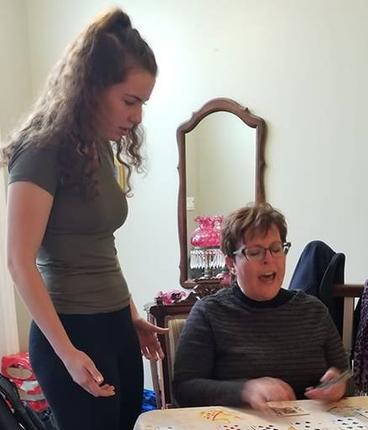 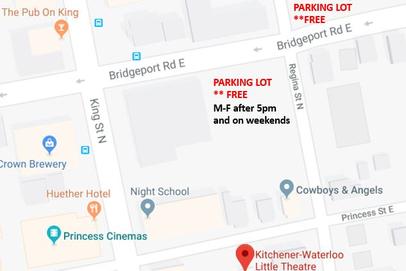 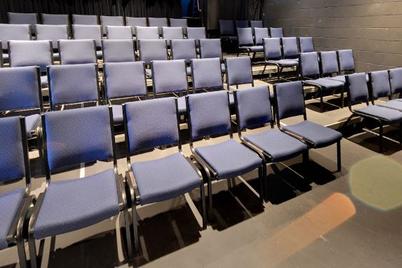 Gillian (Molly Tice) and her mom, Sally (Debbie Deckert) "discuss" Kyle Weston during the rehearsal of a scene. 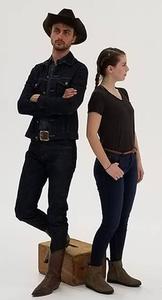 NEW THIS SEASON - TIERED SEATING
at KW Little Theatre in Waterloo for an improved experience! 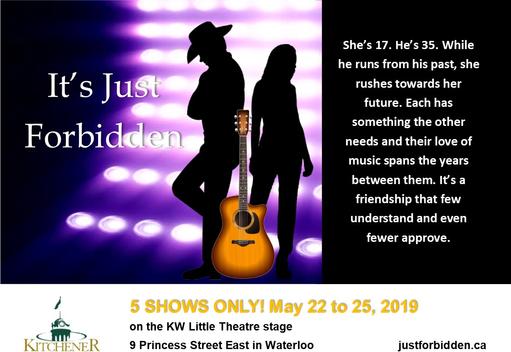 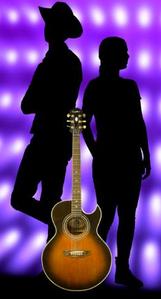 FREE PARKING for every show!
Just a short walk away from the theatre and close to restaurants in Uptown Waterloo.

Gillian Gibson places her music above all else and seemingly, against all odds.  Her high school music teacher looks down on it, her father totally disapproves of it, and her boyfriend is more interested in fast times and even faster cars.

Backed by Jenny, her zany but ever loyal friend, mentored by Angel, a local singer and band leader, and encouraged by Ivy, owner of the Blue Heron Café, Gillian befriends a down-on-his-luck handyman who has similar musical interests. Little does she know that he’s the one person who can help her get to where she dreams of going.

From tender moments to dramatic confrontations, you’ll laugh, you’ll cry, and you’ll feel the power of friendship, loyalty, and perseverance in a world that's quick to gossip and judge.​​

Gillian Gibson is the talented young songwriter/singer of small town, Blue Heron, who needs a break to have her music heard. Guelph's own Molly Tice draws on her training and experience in drama, music, and musical theatre to bring this character to life in a performance that's as instinctive as it is elevating.

Her mother, Sally Gibson, is portrayed by the dynamic and versatile Debbie Deckert, who's well known in dramatic circles (a former Best Supporting Actress, Western Ontario Drama League) and brings motherly strength and support to her character.

Gillian's father, Jack Gibson, is played by another drama heavyweight, Andy Wasylycia who was last on stage with Elora Community Theatre playing five different roles in 'The Dining Room'. The "all business" and workaholic Jack will come through loud and clear.

Charles Rushton, the handyman who has seen better days is thoughtfully played by Arthur Harkins whose stage experience ranges from performing in Gilbert & Sullivan to singing and playing guitar in bands. This role demands a depth of emotions and sensitivity. Arthur delivers in a style that's true to Rushton's character and perfect for his friendship with Gillian.

Jenny, Gillian's zany best friend, is played with great zest by the multi-talented, Kate Gayman. With majors in dance and voice, Kate is also quite adept at drama and will add that as a major in the new school year. She's the comic relief in the play and does so with Jenny’s quirky personality and unorthodox fashion sense.

Kyle Weston is a character balance between doting boyfriend and rich kid speedster. It's one that Graeme Currie applies his dramatic prowess that's been honed both on stage and in the area's finest integrated arts program.

He's badgered by Solena Warkentin's portrayal of Marcy Harwell, the girl that has everything but always wants more. Solena brings a sassy, entitlement that's so unlike her but totally Marcy.

​Then, there's Kyle's friend, Devan, and thanks to his acting with KW Youth Theatre, Colton Read delivers the best buddy goods with a familiarity and loyalty we've all seen in high school friends.

Angel is the band leader and singer at the Blue Heron Cafe and a mentor to Gillian. From her performance training at Etobicoke School of the Arts to her singing in the acoustic duet "The Sunday Afternoons", Lindsay Cox will wow you with her authenticity and  talent.

At Blue Heron High, Miss Rennie is that teacher who inspires her students and gives them the opportunity to achieve. Backed by a Bachelor of Fine Arts, University of Waterloo Drama Department and a wide range of stage experience from Shakespearean plays to popular musical theatre, Laura Reitzel brings a calming, supportive quality to her performance that helps give Gillian the chance others would not.

All of these wonderful actors add up to a cast performance that will bring the story of two people whose friendship is threatened by innuendo, gossip, and falsehoods to life. It's a friendship that few understand and even fewer approve.  IT'S JUST FORBIDDEN.