May 19,2016 marked the 100th anniversary of the referendum that eventually renamed the City of Berlin to Kitchener, Ontario. It was a tumultuous time when Canada and its allies were focused on defeating the Kaiser and his Huns. Many local manufacturers felt that “Made in Berlin” was not good for business while there were those of German descent who considered the 62 year old name part of their heritage.

The one-act play “AT THE CROSSROADS” combines a fictitious “who-done-it” storyline with a very real and contentious period in Berlin’s history. It follows the murder investigation of a prominent member of the Village of Crossroads and pro “name change” supporter. The prime suspect is a person of German heritage who is dead against changing Berlin’s name. To solve the crime, Berlin’s leading investigator, Sergeant Detective Dickson, is called in to sift through the facts and expose the perpetrator.​

Gratefully acknowledges the financial support of the 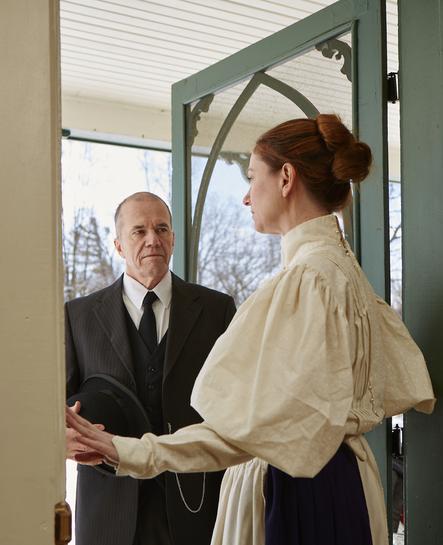 EXHIBIT - June 24 to December 31  Berlin, Ontario and much of surrounding Waterloo County was the center of German culture in Canada in the early 1900s. From the start of the First World War in 1914, residents of the city were questioned for their loyalty to King, country, and the allied war effort in Europe.
Learn how a city was pushed to the edge during the First World War - to the point of changing its name from Berlin to Kitchener on September 1, 1916 through a controversial and high tension referendum.