THE CAST of SEAGRAM'S FOLLY - THE FINAL CLUE

The coronavirus is one mystery I wish Detective Dickson could solve. For the safety of you, the cast, the crew, and everyone in the Region, all 5 "live" performances of SEAGRAM'S FOLLY - THE FINAL CLUE was cancelled and those with ticket purchase(s) were refunded (excluding handling charges) onto their charge card account by Ticketscene.
However, the show has gone on...but in a different way. The cast continued rehearsing SEAGRAM'S FOLLY - THE FINAL CLUE dialogue each week ON-LINE with a plan to video the play sometime when it's safe to do so in the future. That day occurred on July 12th, 2020 and the video is now in post production.

​Plans are underway to premier the video production of the play on the giant screen this fall. The playwright and members of the cast will be present. Tickets will be $15 plus HST and handling.

Tiered seating provides a great view of the play from every seat in the house! 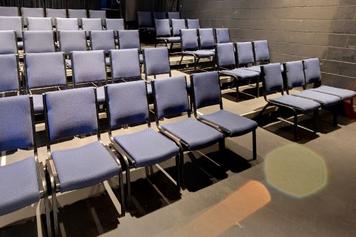 The theatre is within walking distance of FREE PARKING for all shows.

Meet KIT from Conestoga River Horseback Adventures in Waterloo. Kit is a direct descendant of Canadian race horse champion, Northern Dancer. Pictured on the right, Jens Langen photographs KIT as Detective Dickson (Brian Otto) stands by for the next shot. 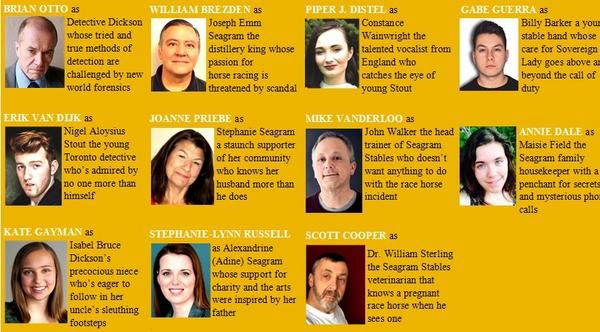 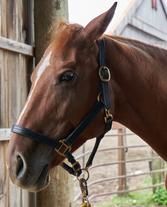 A video of the play was recorded at KW Little Theatre on Princess Street East in Waterloo. 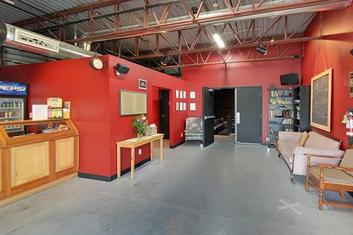 THE SHOW...The year is 1891. When the Joseph E. Seagram family of Waterloo is faced with a horse racing incident that could lead to scandal, Detective Dickson of the nearby Berlin Police Department is sent in to solve it. The race is on when the Seagrams hire Nigel Aloysius Stout, an ambitious, young private detective from Toronto. Has Dickson finally met his match or will it all come down to the final clue?
Brian Otto returns to reprise the role of Detective Dickson. This time, he's not only challenged and taunted by the new era forensics of one Nigel Aloysius Stout from the big city of Toronto...but he also has to contend with his ever-precocious niece, Miss Isabel Bruce, who's bent of being a detective like her favourite uncle.
All this and a mysterious horse incident that stretches from the Seagram's stables at Bratton House to the royal mews of the Queen of England.  It's Stout versus Dickson in a race to the finish line where wits and deductive reasoning are pushed to the limits. It's a history meets mystery that you don't want to miss!

A multi-camera, video recording of this
DICKSON HISTORY MEET MYSTERY PLAY
​is now in post production with a viewing planned for this fall. STAY TUNED!